Cube Escape: Harvey's Box is the fourth installment of the Cube Escape series, released on June 2015. You play as Harvey, the pet parrot trapped in a cardboard box while being moved from the Room to the Cabin in the year 1969. Using the objects inside and a little help from a pigeon, the player must find a way to escape the box.

The box is still in the Room.

The box has now arrived at Rusty Lake. 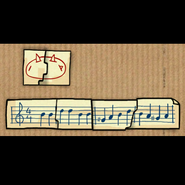 The paper and tapes.

The solution to the domino puzzle. 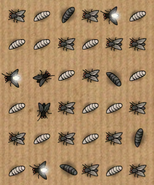 The solution to the insect puzzle. 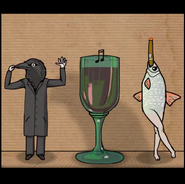 The correct poses.
Add a photo to this gallery

Retrieved from "https://rusty-lake.fandom.com/wiki/Cube_Escape:_Harvey%27s_Box?oldid=12236"
Community content is available under CC-BY-SA unless otherwise noted.