The games in the Rusty Lake series are primarily in English, though words from other languages are used on occasion. The primary alternative language is Sanskrit, as many spiritual terms and concepts are taken from Buddhist and Hindu philosophy.

'preta' and 'phed' on the box containing a pistol.

'mānuṢa', written on the bronze timepiece. 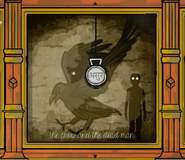 'asura', written on the silver timepiece. 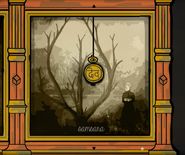 'deva', written on the gold timepiece.

Tetragrams on the chest with the ax.
Add a photo to this gallery

Retrieved from "https://rusty-lake.fandom.com/wiki/Languages?oldid=12057"
Community content is available under CC-BY-SA unless otherwise noted.