The Vanderboom Family are characters whose lives form the central plotline of Rusty Lake: Roots. They own a large house near the shore of Rusty Lake. Their family name, "Vanderboom", means "from the tree" in Dutch.

1 James Vanderboom is the nephew of William Vanderboom, but his parentage is unspecified. It is possible he is either the son of Aldous Vanderboom or an unnamed third sibling to the brothers.

2 Mary is only a Vanderboom by marriage but her maiden name is unknown.

3 Frank's father (a flower) is not technically a Vanderboom due to not being married to Emma. 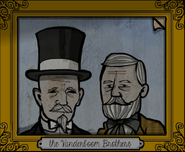 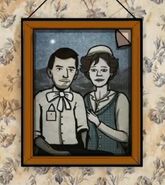 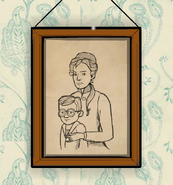 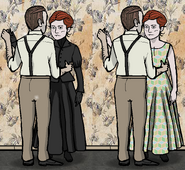 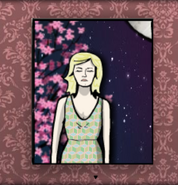 The Vanderboom family tree in Cube Escape: The Cave.
Add a photo to this gallery
Retrieved from "https://rusty-lake.fandom.com/wiki/Vanderboom_Family?oldid=11778"
Community content is available under CC-BY-SA unless otherwise noted.